Zombies From The Beyond 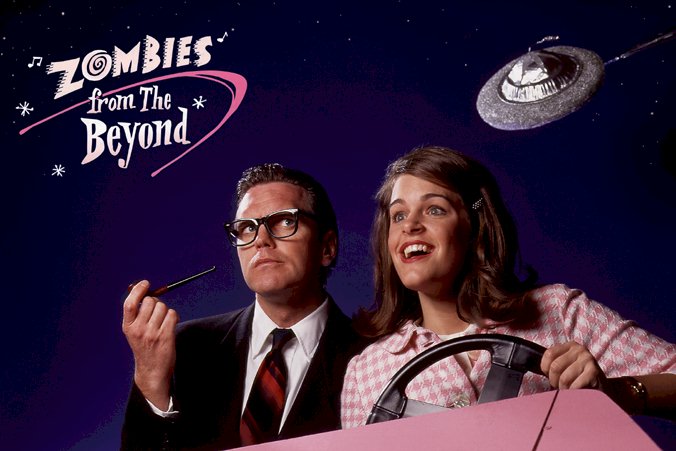 Fleeing is useless, earthling! Zombies from the Beyond landed for a second run at the Bryant Lake Bowl. The musical satire that won rave reviews in September 1998 returned in April 1999. Fan’s of this quirky delight cheered on the upright Trenton Corbett (John Trones) and perky Mary Malone (Kersten Rodau) as they rallied the Milwaukee Space Center in its scrappy defense of Earth. Written by James Valcq, choreographed by Michael Matthew Ferrell, and produced by Perrin Post, Zombies from the Beyond reopened Saturday, April 3, 1999.

Reviews:
“I was thrilled to see John Trones (back at the Bryant Lake Bowl for the first time since his hit show “Boy, Oh Boy!) in the role of Trenton Corbett. Dramatically and vocally, Trones is every bit as good in this production as his previous production.”
– Ryan Knoke / Pulse Magazine